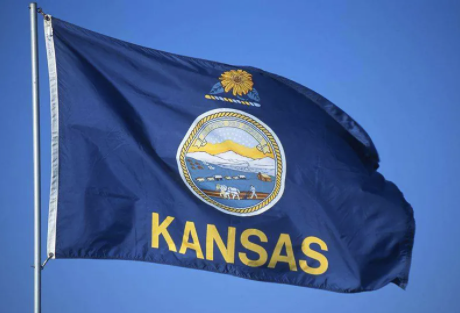 Region 6 Examiners (like most other regions) decided to split the spring Dan Shim Sa into smaller, local groups due to Covid and safety concerns.  This provided the opportunity for Region 6 to conduct the 1st Moo Duk Kwan Dan® Shim Sa in the state of Kansas on April 24th, 2021.

The 1st Moo Duk Kwan® certified school was established in Kansas last year by Mr. Jessie Moley, a Sam Dan previously in Sa Bom Nim Bailey’s organization when he decided to connect with and become part of the Moo Duk Kwan® family.

Two years ago, he contacted Dwayne Townsend, Sa Bom Nim who worked with him to facilitate his connection to the Moo Duk Kwan® and his membership in the Federation with the help of Craig Hays Sa Bom Nim and Phil Duncan Sa Bom Nim. 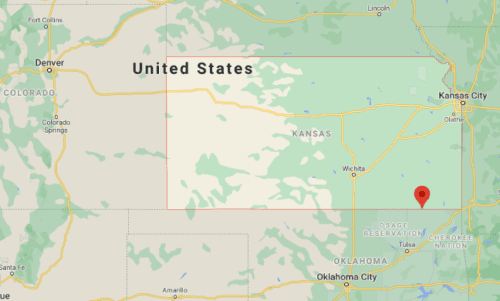 Mr. Moley’s connection became stronger when he became a member and student of Townsend Sa Bom Nim and subsequently opened his school in Coffeyville, Kansas.

Since Mr. Moley open his school, Region 6 Examiner Townsend Sa Bom Nim has conducted several Gup Shim Sa at his school where his enrollment and the Moo Duk Kwan® presence in Kansas continues to grow.

Mr. Moley has been diligently preparing to test into the Moo Duk Kwan® and was evaluated for a Sam Dan rank recommendation.

His student, Grant Reeves, who was also previously in Bailey Sa Bom Nim’s organization had also been preparing and was evaluated for a Cho Dan rank recommendation.

While the pandemic has created difficulty for many schools, it has also prompted us to grow digitally and provide classes online.  Because of this opportunity, Bobby Lane, a 1st Gup from Enid, Oklahoma was able to continue his training and was tested for a Cho Dan rank recommendation.

This portion of Region 6’s Dan Shim Sa was small with only three candidates; however, their spirits were high and Region 6 leaders are confident they will reflect the Moo Duk Kwan® well with their performance and continued contribuitions and service to the Moo Duk Kwan®.

On My Way To The Nationals

One word that can describe the experience of being part of the annual National Festival is, "AWESOME[...]

Greetings Federation Members and Supporters, We hope this finds you and your families in good he[...]