Early Saturday morning, the air in the Embassy Suites Hotel in Broken Arrow, Oklahoma bristled with electricity as the Gups filed into the Sunrise Suite. Wide-eyed anticipation was on every face because they had never seen so many Masters in our region before and the excitement created by their presence was tremendous. 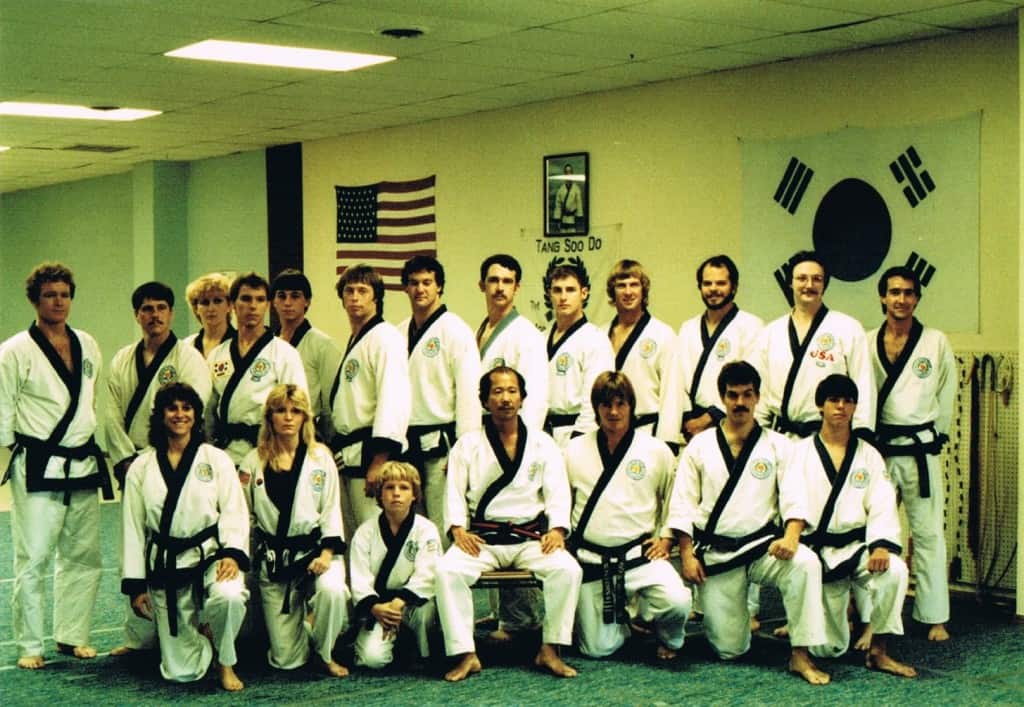 Seven nervous candidates lined up in front of the testing board and soon the sound of Kihaps echoed throughout the hotel. More than two hundred observers watched as sweat dripped from every inch of the candidates doboks. They performed all of their basics and 1-steps as Sa Born Nim Hwang silently observed every move. Next, they demonstrated their hyungs in unison until asked to do Chil Sung Sa Ro Hyung. Their lack of practice was painfully obvious, but Sa Bom Nim Hwang still remained silent. I kept waiting for a comment concerning their poor technical performance but it was not forthcoming.

The Ho Sin Sul demonstration created a flurry of activity on the floor and I barely noticed as one of the candidates finished with an incorrect motion on one of the standardized techniques. I knew this was not the way his instructor had taught him but I figured that since he had done everything else correctly he probably just got excited and did the wrong technique. It happened so fast and he was such a skilled technician that I dismissed it as too small an error to demand any special attention. 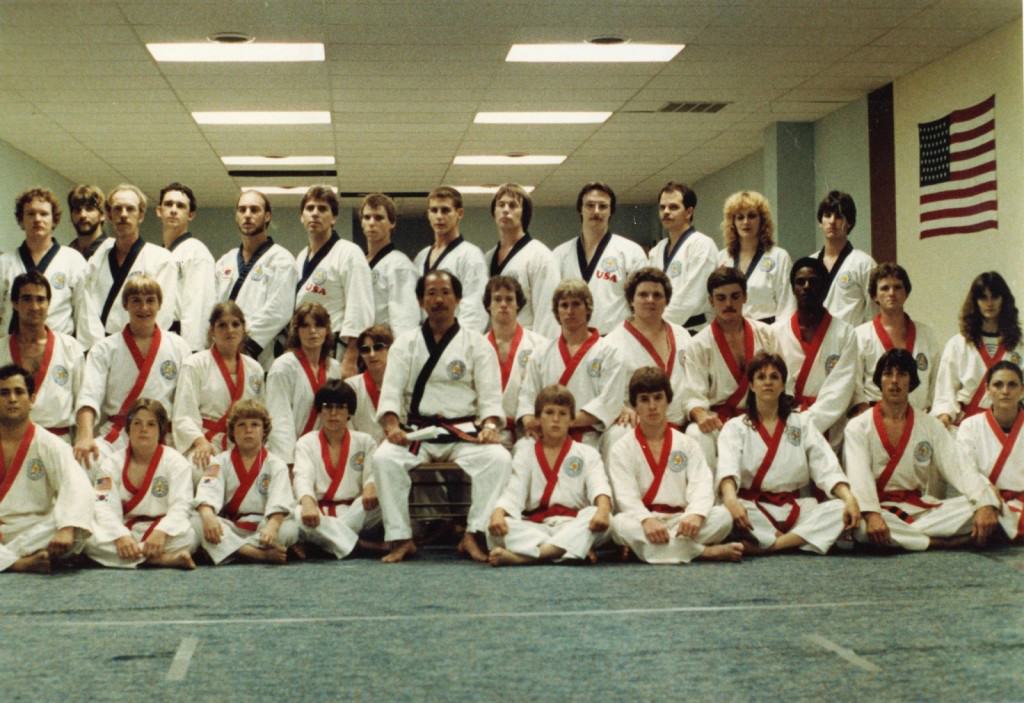 As the candidates finished and faced the testing board, Sa Born Nim Hwang spoke for the first time. Addressing the candidate I had been thinking about, he asked, "Why did you do a roundhouse kick instead of the required technique?" The candidate snapped to attention and answered respectfully, "Sir, I am just more comfortable with that technique. Sir." I was just beginning to slide under the table in silent self-imposed embarrassment when Sa Bom Nim Hwang replied very firmly, "Discipline goes beyond your personal feelings." The silence which followed was intimidating.

Discussing it later, those on the testing board agreed, that the very instant those words came out of his mouth it felt like someone had grabbed us by the lapel, jerked us to our feet then shined a 10 billion candlepower light in our eyes and shouted loudly, "Do you see that?"

One tiny, seemingly insignificant event in an ordinary test was instantly transformed into one of the most profound realizations any of us had ever had by just a few simple words spoken at precisely the right time. The very thing I was prepared to overlook as unimportant turned out to be the single most important event of the entire test, and I almost missed it.

I marveled to myself, about the insight and perception it had taken for Sa Bon Nim Hwang to see that it was not merely a technical error on the part of the student, but rather the indication of a potentially much more serious problem.

To his trained eyes, that single incorrect technique by a very talented student, triggered a red flag which caused him to inquire why it had been done and I am sure he already knew the answer he would get as well as the reply he would give.

Obviously, the error was not as important as what had caused it and he must have instinctively known that the student's personal preference had dictated which technique to do instead of the discipline that was required of him.

''...the will of the individual to follow the length and breadth of the right path...",

but how do we know if we or our fellow students are on the right path?

I know sometimes, it seems to move from under my feet and at other times it forks into many different directions; creating numerous confusing choices. How can we be sure where we are going by the choices we are making?

What can we use to guide us on our way? "Discipline goes beyond your personal feelings."

So few words, yet they convey so much of what our martial art is all about. I have said them to myself thousands of times since then and find new meaning and applications with every repetition.

When faced with decisions that seem difficult or confusing, it is amazing how quickly these few words can clear away the cobwebs and excuses we tend to build into our choices and actions.

In every instance, this simple statement works like a bright light to guide me through the darkness and most importantly, it only shines directly on "THE PATH." Try it yourself and see. 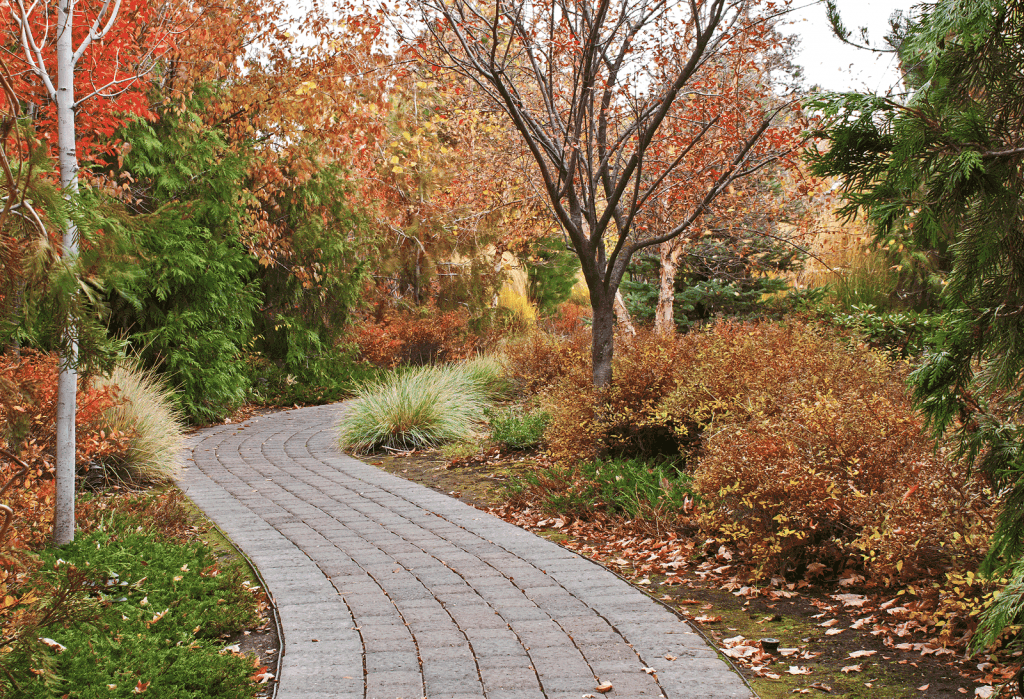 Are You Brave Enough?

It was 1992 and the Lubbock, Texas Community Center was beginning to empty as we showered and I fini[...]

Where There Is Preparation There Is No Fear

On the front wall of my Instructor's dojang hung an oriental cloth inscribed with calligraphy that t[...]
Scroll To Top
Loading Comments...